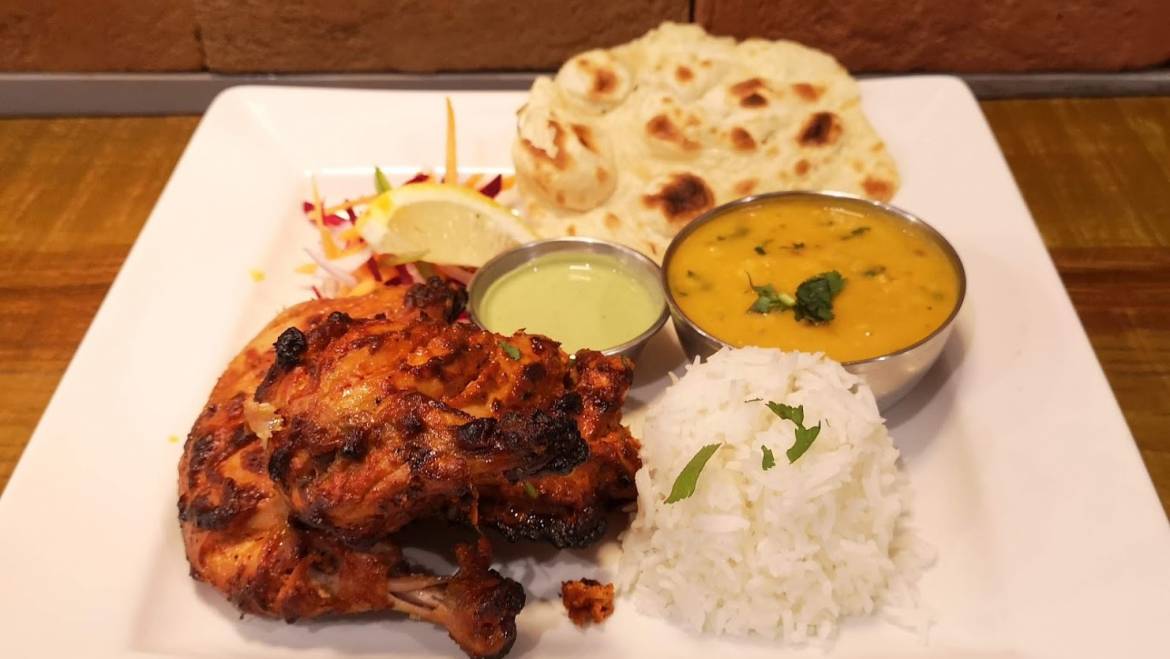 Tandoori chicken is a chicken dish prepared by roasting chicken marinated in yoghurt and spices in a tandoor, a cylindrical clay oven. The dish originated from the Indian subcontinent and is popular in many other parts of the world.

Dishes similar to tandoori chicken may have existed during the Harappan civilization. According to eminent archeologist and vice-chancellor of Deccan College Professor Vasant Shinde, the earliest evidence for a dish similar to tandoori chicken can be found in Harappan civilization and dates back to 3000 BCE. His team has found ancient ovens at Harappan sites which are similar to the tandoors that are used in the state of Punjab. Physical remains of chicken bones with char marks have also been unearthed. Sushruta samhita records meat being cooked in an oven (kandu) after marinating it in spices like black mustard (rai) powder and fragrant spices. According to Ahmed (2014), Harappan oven structures may have operated in a similar manner to the modern tandoors of the Punjab.

Tandoori chicken as a dish originated in the Punjab before the independence of partition of India. In the late 1940s, tandoori chicken was popularised at Moti Mahal in Peshawar by Kundan Lal Jaggi, Thakur Dass, and Kundan Lal Gujral, who are all Punjabi Hindus as well as the founders of the Moti Mahal restaurant. Mokha Singh had founded the restaurant in the Peshawar area of British India, which is now a part of neighbour Pakistan.

In the United States, tandoori chicken began appearing on menus by the 1960s. Jacqueline Kennedy was reported to have eaten “chicken tandoori” on a flight from Rome to Bombay in 1962. A recipe for tandoori chicken was printed in the Los Angeles Times in 1963, for “the hostess in search of a fresh idea for a party dinner”; a similar recipe was featured in the same newspaper in 1964.